From June to September each year, there is no better place when you visit India than Leh/Ladakh, otherwise known as the Valley of Flowers and the Land of High Passes. Enchanting Travels recommends our choice of top 10 things to see in Ladakh on your own private trip with us! 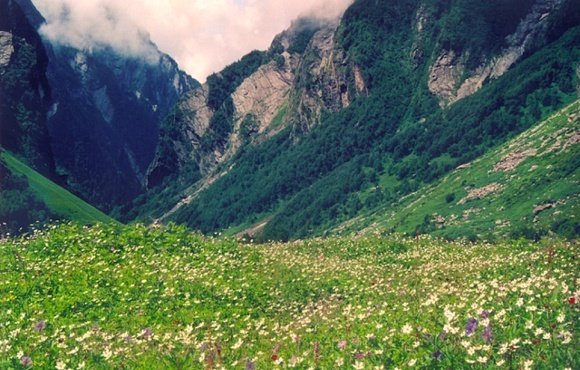 Nestled within the Himalayas, Ladakh in India redefines the concept of pristine beauty. What would you call traveling through three of the five highest navigable passes in the world where the region meets two borders? How would you describe the second highest saltwater lake and the second coldest habitable place in the world, with three diverse terrains, three disparate cultures and five mountain ranges potentially accessible just three months a year?

The Land of Mountains 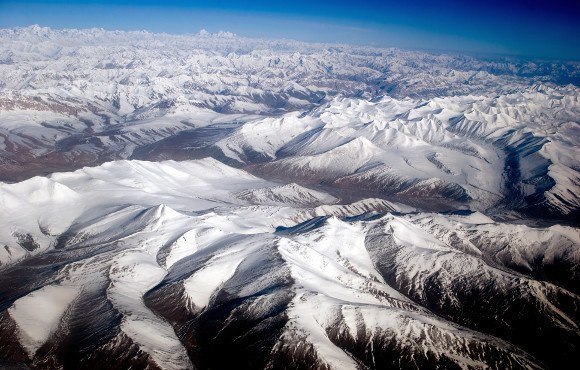 Discover the end of the road at the top of the world! We promise you won’t miss out on those memorable moments. See the virgin beauty of glistening lakes, swooshing rivers, colossal mountains, mystic lamas and meet welcoming people. 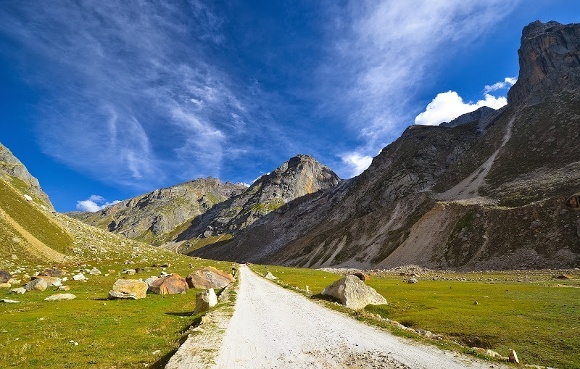 If you can brave low oxygen levels coupled with a few difficulties, then brace yourself for a truly enchanting holiday. 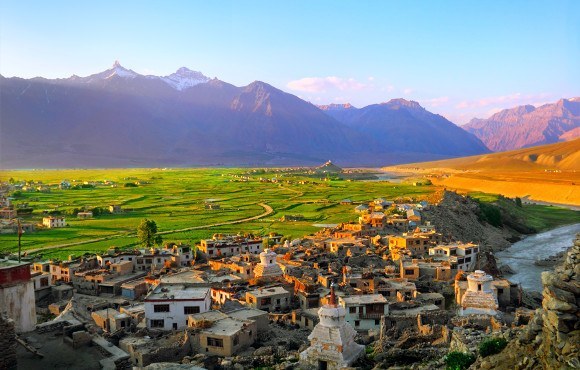 The number of things you can do and the experiences possible here are endless, so let’s get going with the ones we like best. Take a look at some of our top 10 things to see in Ladakh.

History that amazes and calms 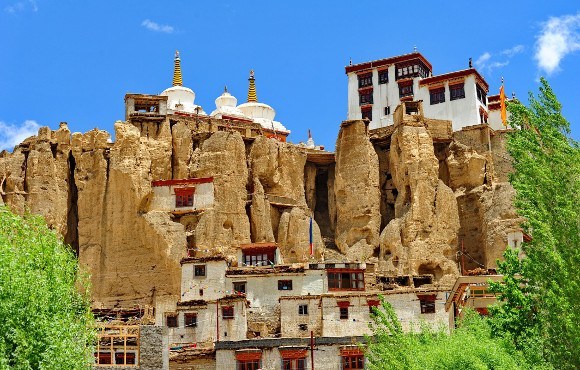 This is the town’s largest and oldest Buddhist monastery founded in the 14th century, housing a large solemn Maitreya statue in the central prayer hall. 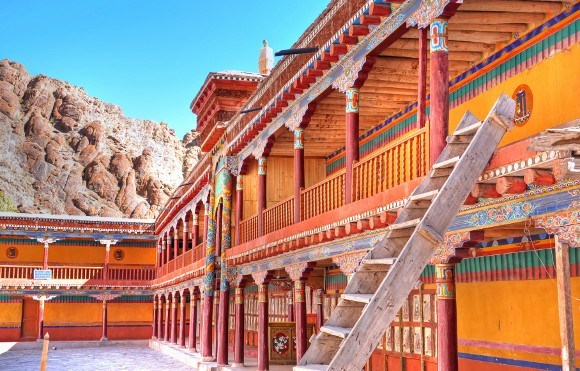 Interestingly, this monastery is located inside a gorge, and is the region’s largest and wealthiest monastery. It was founded by the first incarnation of Stagsang Raspa Nawang Gyatso in 1630 AD.

This is a three chapel monastery dating back to the 11th century. The Dukhang or main temple has a high throne reserved only for the Dalai Lama. 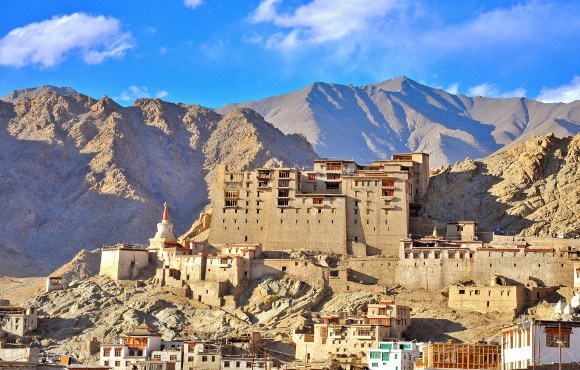 Home of Ladakh’s royal family, the palace is an amalgamation of ancient and modern architecture. The Stok Palace houses rare artifacts and family heirlooms like royal attires, the queen’s ancient turquoise-gold yub-jhur (crown), a photo of the young king in sneakers, prayer tools, and Thangka paintings depicting the life-teachings of Lord Buddha.

Built in 1000 AD, legend has it this fabled Gompa was built by a Kashmiri army of thirty-two sculptors and woodcarvers, displaying distinct Kashmiri influences in its art and architecture. See Tibetan and Gandhara style murals, frescos and Buddha images at Alchi.

The Naga-Encircled! Built in 1065 AD, the Gompa is enclosed by the bodies of two great serpent spirits – Nanda and Taksako, popularly identified as Nagas encircling Likir. 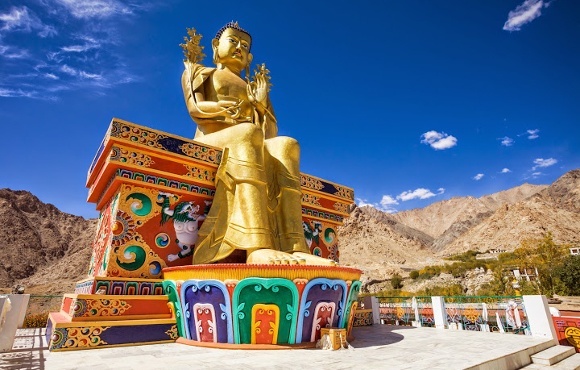 Astounding spots to woo you 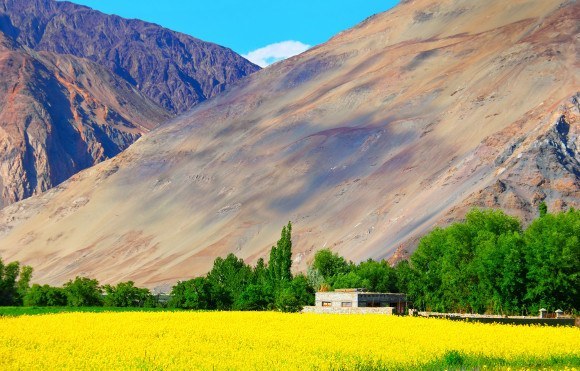 Look south over the Indus valley and admire the Zanskar mountains or find the Siachen Glacier to the north and see Khardung La Pass, the world’s highest motorable road. Experience a Bactrian camel ride along sand dunes or the ancient silk-route; enjoy scenic vistas and visit Buddhist monasteries. 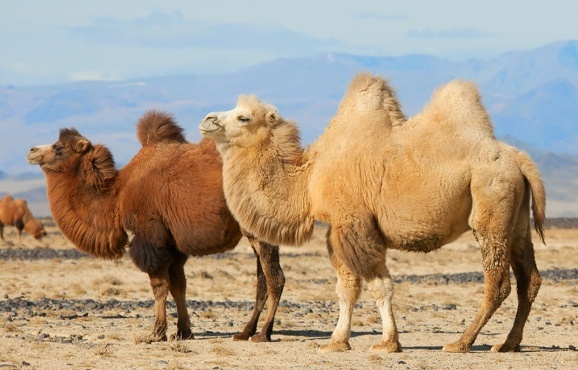 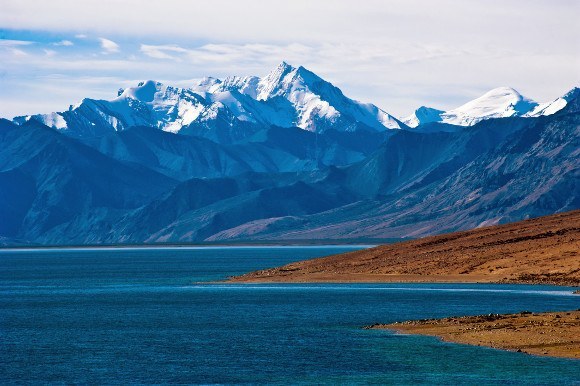 Wish to discover enchanted waters? Tibetan for ‘long, narrow, enchanted lake’, lose yourself in the mesmerizing blue color and the ever changing hues of the world’s highest brackish lake – Pangong Lake.

For Bollywood buffs, the movie scene in 3 Idiots where the heroine rides a scooter to meet the hero, was shot at the very same lake. 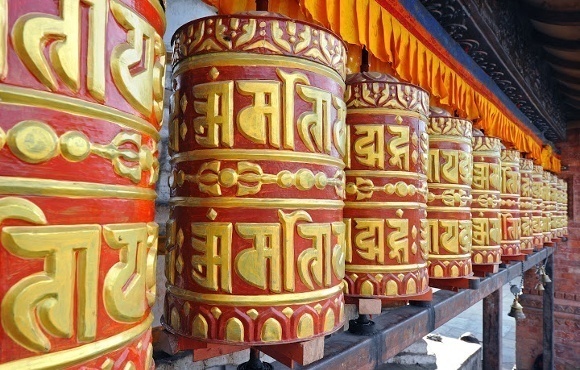 Prayer wheels or manis in different sizes are found throughout Ladakh, offering messages to the Gods. Hand-held prayer wheels or chokhors are for worshipers on the move. These wheels are embossed hollow metal cylinders on a rod handle, containing a mantra-scroll inside attached with a chain for rotation. 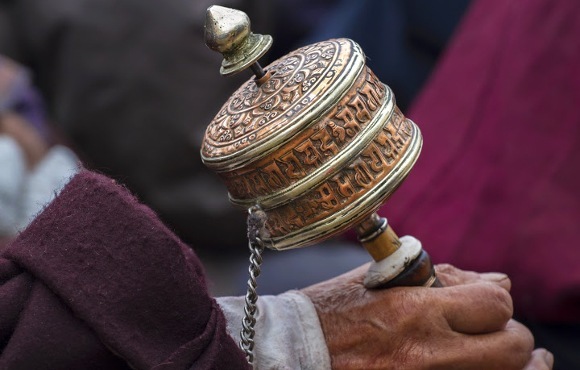 Each clockwise rotation (mudra) evokes 50 blessings. Hurry, spin your prayers off to the netherworld! 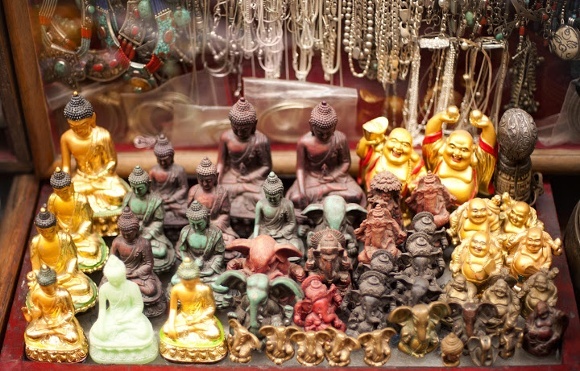 Shopaholics Wonderland: The Tibetan Refugee market is a shopper’s delight. 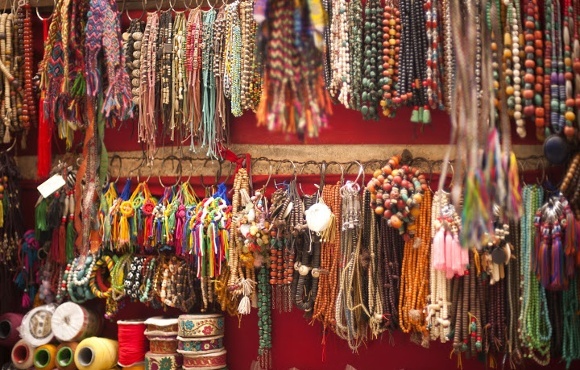 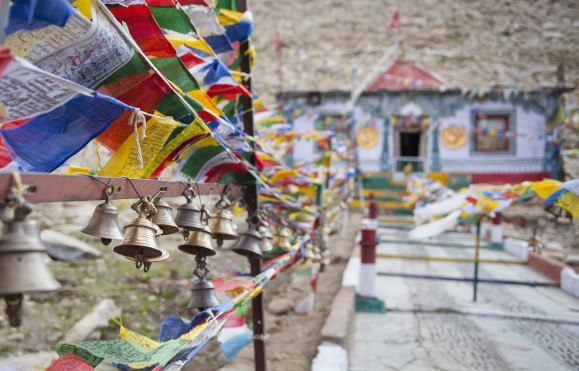 Discover Ladakh in luxury on a tailor-made private tour with Enchanting Travels.

Plan your private and tailor-made holiday in the Himalayas

Ladakh is Haven on Earth. It is also known as the Mini Switzerland of India. I love to see the collection of your trip to Ladakh India. I love India and planning to visit soon. All these places are on my checklist. Thanks for sharing..

Stay updated on the latest travel news and experiences by signing up for our email newsletter below.

Our team of experts can help answer any questions you might have. Please fill out the form below and a consultant will respond shortly.

Give us a call:

Your info is secure and never shared with 3rd parties.